Up bright and early to start our three hour drive to Delphi. Delphi was once considered the navel center of the Ancient World. With our guides Sophia and Cassandra, we discovered how, in ancient times, the Oracle of Apollo was consulted for advice in decisions ranging from everyday business dilemmas to matters of war and peace.  We walked up the Sacred Way to see the Treasuries, the Theatre and the Temple of Apollo. We were shown how the business of asking advice happened from purchasing your sacrifice to progressing to the sacred place where a sacrifice was offered and then on to ask your question at the Oracle. The answers from the Oracle were not straight forward and the person would have to interpret the advice themselves. 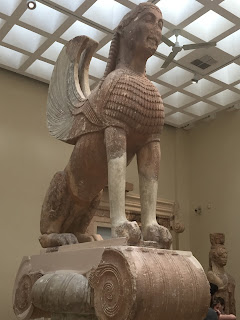 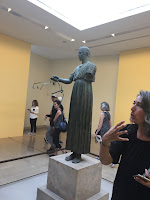 After the hike to see the Temple, our guides took us to the museum close by to show us all the artifacts recovered from the temple area. We were all in awe as to what was recovered from such an early era, around the year 5 BC!


Nite... we head to Nauplion tomorrow!
Posted by Unknown at 17:44 No comments: 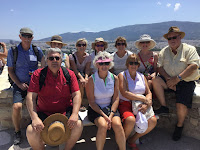 We started our morning with breakfast on the rooftop of the hotel. Sipping our coffees and overlooking the Acropolis is a great way to start the day. We boarded our buses for a guided city tour of Athens. Athens has been a city for over 3500 years, but, its greatest glory was during the Classical Period of Ancient Greece from which so many of its buildings and artifacts survive. We spent the morning visiting some of the main sights of Athens such as the Olympic stadium. This stadium is only used once a year. We also observed the changing of the guard where two members of the Greek Army stand guard 24 hours day. We were lucky enough to see the changing of the guard that happens every hour of the day. So that's 24 changes per day every day. Then off to the Acropolis where we climbed to the top of the mountain for a beautiful view of Athens.

After a scrumptious meal at our hotel we boarded the coaches for our evening performance at St. Paul's Anglican Church. The church was small and old with beautiful stained glass. The acoustics were amazing.  The Canadian flag hanging inside made us all feel very proud. After our concert we returned back to the hotel to spend a few hours socializing on the rooftop again, a view that never gets old! 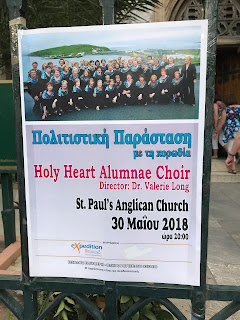 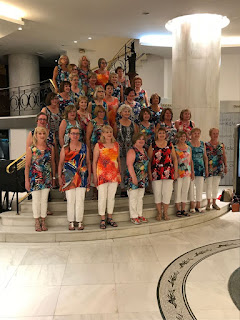 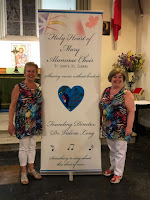 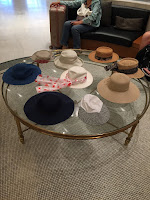 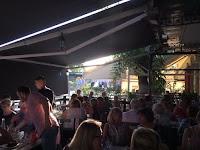 From choir members and companions travelling today to others who traveled from other parts of Europe we all came together today at the Titania Hotel in Athens. We met our tour manager, Kostas and then did some local sight seeing or shopping at the Plaka. We got all cleaned up and enjoyed a Greek meal at Diavlos Restaurant and back to hotel to enjoy the beautiful view from the roof top overlooking the Parthenon and Lykavittos Hill (the highest point in Athens).

Then off to bed for out weary travelers or maybe some down time to brush up on our Greek. 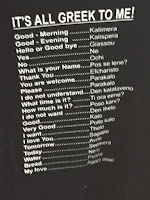 We are so excited! We will be having a busy week. First our Spring Concert on May 23, 2018 followed by a tour of the Greek Islands. We arrive Athens, Greece on May 28, 2018 to start our 13 day performing tour. Stay tuned to this blog or our Facebook page as we travel Greece by land and by sea.
Posted by Unknown at 12:17 No comments: