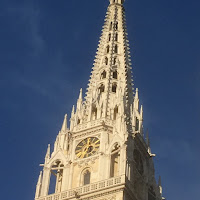 Enroute to Zagreb we made a stop at Plitvice Lakes National Park, a “National treasure” which is known for a chain of 16 terraced lakes, joined by waterfalls, that extend into a limestone canyon. Back on the coach and off to Zagreb. Zagreb has grown out of two medieval settlements that for centuries developed on neighboring hills. Both settlements were surrounded by high walls and towers, the remains of which are still preserved today. Only time to drop off our luggage and out the door for for a walking tour of Zagreb that included a visit to Dalac, the most picturesque open air market in the city, the Cathedral of St. Stephens and Archbishops Towers and Halls as well as the Stone Gate. 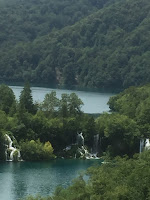 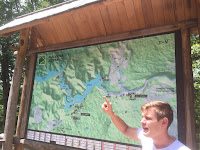 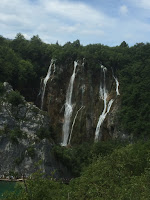 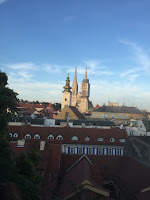 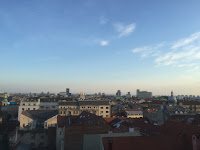 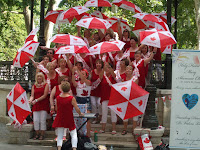 Happy Canada Day!!!! The morning was started with a tour of the at Korak Wineries in Plesivica where we were treated to wine tasting and homemade bread, cured meats and a clotted creamed cheese mixture – Croatian style. Our day had only just begun. Back on the coach for a drive to Sestinski Lagvic to a lovely hilltop restaurant where everyone enjoyed a farewell lunch and the spectacular view that overlooked the city of Zagreb. A quick change into our red and white choir garb and back on the bus pm for transport back to Zrinjevac Square in Zabgreb where HHMAC performed outdoor concert that was sponsored by the Canadian Embassy. We were greeted by two lovely ladies from the Embassy and one lady was from Placentia, NL. She greeted us waving the Newfoundland flag. What a wonderful sight! We performed for 45 minutes in 30 plus temperatures and after the concert we had a short break to rest or feet and cool off before we were transported to ZG Brewery where celebrated a Canada Day BBQ with the Croatian Canadian Business Network, the Canadian Ambassador to Croatia and Kosovo and the staff of the Embassy. HHMAC started the festivities with the Canadian anthem, the Croatian anthem and the Ode to Newfoundland. This was a long but really was the climax to the whole trip. What an honour the represent our country and our province at this event! 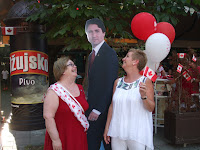 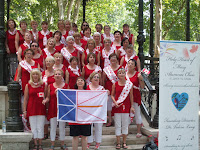 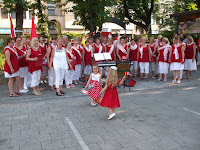 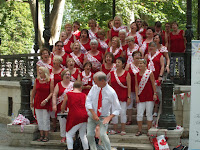 Day 15 – No rest for the weary! Up again and on the coach for a guided tour to the Zagorje Region including Trakoscan Castle. The Trakoscan Castle is a 13th Century Castle and is considered one of the prettiest in Croatia. The castle is being carefully restored to reflect the various stages of construction through the centuries and styles of architecture of those periods. After the tour lunch was served at Vuglec Breg, a country retreat featuring cabin accommodations, a wellness centre, a restaurant and a winery on 12,000 hectares of hilltop land.

A late afternoon return to the hotel for stuffing purchases into suitcases and then a farewell reception for choir members and travelling companions. Then off to bed for an early morning departure back home. We started out as choir members and companions, however we all ended up as family.
Day 16 - Homeward bound. Thanks for reading!  The HHMAC Bloggers. 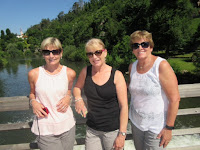